Palau, officially the Republic of Palau, is an island country with a population of 17,948 on 465 km2, located in the western Pacific Ocean. Its capital city is Ngerulmud, but the largest city is Koror. It contains approximately 250 islands, which form the western chain of the Caroline Islands in Micronesia. The most populous of these is Koror. The capital Ngerulmud is located on the nearby island of Babeldaob, in Melekeok State. Palau shares (maritime) boundaries with Indonesia, the Philippines, and the Federated States of Micronesia. The country was originally settled approximately 3,000 years ago by migrants from the Philippines and sustained a Negrito population until around 900 years ago. The islands were first explored by Europeans in the 16th century, and were made part of the Spanish East Indies in 1574. Politically, Palau is a presidential republic in free association with the United States, which provides defence, funding, and access to social services; a quasi-state of sorts. Legislative power is concentrated in the Palau National Congress. Palau's economy is based mainly on tourism coming from the US, subsistence agriculture and fishing, with a significant portion of gross national product (GNP) derived from foreign aid. The country uses the United States dollar as its currency. 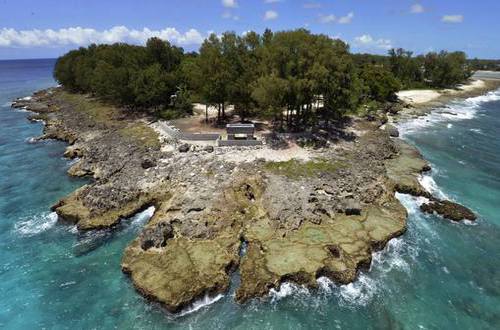 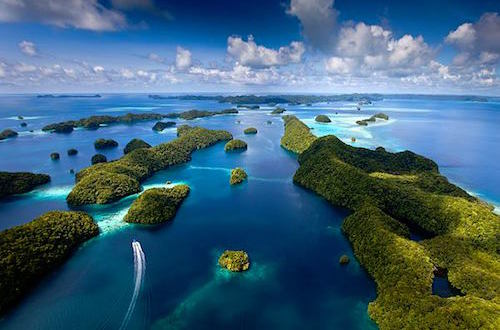