Iraq is a country in the Middle East. It lies at the north end of the Persian Gulf and has a small (58km) coastline in the south east of the country. It is surrounded by Iran to the east, Kuwait to the south, Saudi Arabia to the southwest, Jordan to the west, Syria to the north west, and Turkey to the north. Its capital is Baghdad. Iraq mainly consists of desert, but near the two major rivers (Euphrates and Tigris) there is a large fertile area, suitable for agricultural production. The north of the country is mostly composed of mountains; the highest point being Cheekah Dar at 3,611 m (11,847 ft). The region between the Tigris and Euphrates rivers, is most widely known to the western world as Mesopotamia. It is often referred to as the cradle of civilisation, a statement which is absolutely correct: It was here that human civilisation made its baby steps and began to read, write, create laws, and live in cities under an organised government—notably Uruk, from which "Iraq" is derived. Iraq's main income source —and trouble maker— is the oil sector, which has traditionally provided about 95% of foreign exchange earnings. Other sectors are lacking in development, thus resulting in high unemployment rates and a very low GDP. Public sector employment accounted for nearly 60% of full-time employment in 2011. The oil export industry, which dominates the Iraqi economy, generates very little employment. 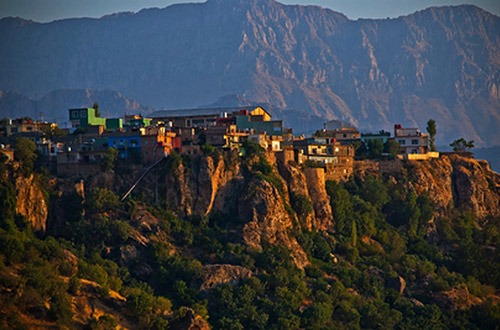 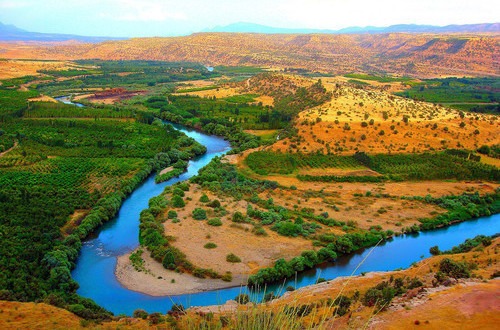