In the days before smartphones were invented, travelling between different time zones was bit of a nuisance; you had to manually turn your clock forwards or backwards to be in sync with the region specific time zones. 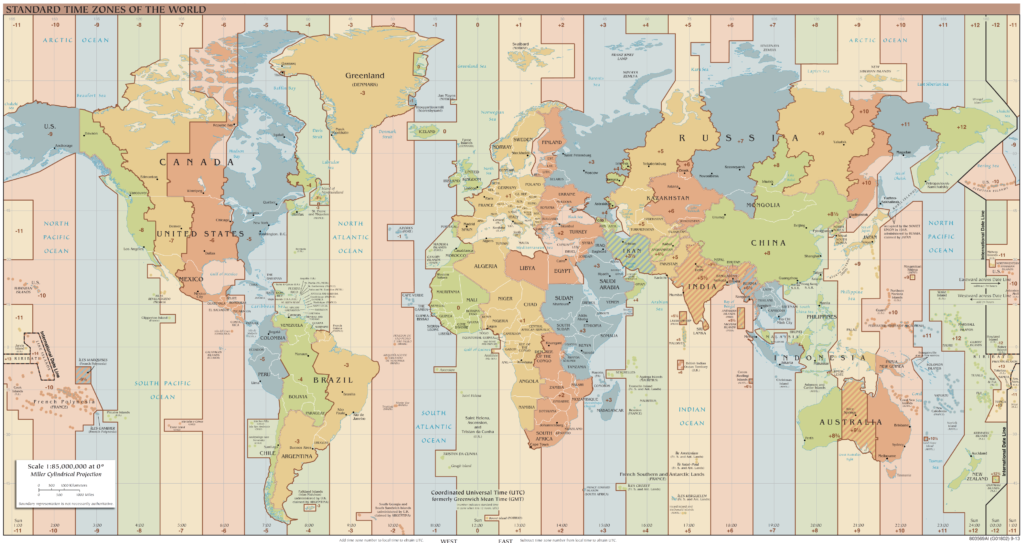 But what are time zones and why do they complicate our life that much?

First of all, if Earth had a single time zone, what is noon for one place, would be morning, evening or even midnight in some other. Since Earth is a sphere and daylight enters and exits at different intervals, time zones are essential for us to coordinate our movements.

In the late 1800s, a group of scientists figured out a way to divide the world into different time zones. In order to build the time zone map, they studied Earth’s movements. They found out that as the Earth rotates on its axis, it moves about 15 degrees every one hour. After 24 hours, it has completed a full transit around the sun. Then, they divided the planet into 24 different time zones, each one 15 degrees of longitude wide. The central point of this division was Greenwich, a suburb of London. Depending on the distance from the Greenwich Meridian, you must either add or subtract the appropriate time for every 15-degree interval.

However, with a little research, you will find out that there are more than 24 time zones on Earth. For example, some countries (like India) have adopted a non-standard time, which may include a 30 or 45-minute counterpoise.

There are many factors behind these decisions. In India, the decision was purely political, but other times, it just might have to do with the location of countries’ borders. Since time zones are defined by their longitude coordinates, there are countries that have multiple time zones within them, like Russia and the USA. However, countries like China and India ignore that rule, employing a unified time zone.