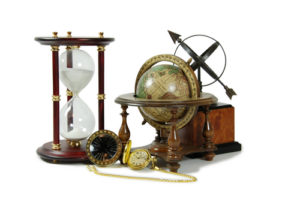 If it’s lunch break in London, what time is it in Tokyo? If you know your time zones well, you can quickly calculate the time differences between countries. But let’s face it: it’s impossible to know all the time zones around the globe, not to mention factors like daylight saving adjustments or the fact that some countries have a time offset of 30 or 54 minutes instead of whole hour (we’re looking at you, India!). The simplest and fastest way to find out what time is it in any given country or city around the world is using a time zone converter. All you need to do is select your own time zone, pick the country or city you’re looking at, and you’ll instantly see the result. A time zone converter is an invaluable tool if you work, communicate, or socialize with people around the world – after all, no one wants to be interrupted by a phone call at midnight or be asked to submit a project by 4 am in the morning. If you manage several teams around the world or communicate with people in multiple cities or countries, this tool can help you stay on top of time zone variations across the board.

Using our time zone converter tool, you can find the time difference between your selected cities with our world time converter. Just input any date: past, present, or in the future if you’re trying to plan ahead, and you can instantly see the result helping you schedule your communications better.

In addition, the time zone converter tool will give you accurate results taking daylight saving time amendments into account: some countries around the world observe daylight saving time, others don’t, and others still are split between regions, making it that much harder to figure out exactly what time is it in a particular location.

Finally, not all countries have the same one-hour difference. Some places, like Nepal and India, offset their time zones by 30 minutes or 45 minutes instead of a full hour, adding to the confusion. Curiously enough, some countries, despite being immensely vast, only have one time zone (China), while others who are relatively small span over 12 time zones (France – because it still holds territories around the world).

This is why a time zone converter tool is your best bet when trying to figure out time zone differences around the world. But what are time zones in the first place, and how did we come up with them? Let‘s dig a little deeper:

The primary purpose of time zones around the world is to facilitate transportation and communication. Imagine the confusion that would ensue if different places around the world observed different time instead of sticking to a global system: we’d never get anything done or agree on anything! Personal communications, airplane and shipping schedules, international meetings, transport – the entire system would collapse if there was no timekeeping system to ensure we’re all on the same page. Or time, as it were.

The fact that a standard timekeeping system was needed to facilitate accurate legal and commercial dealings was clear to people as early as the eighteenth century. However, early use of time zones was confusing, as different stations along a single railroad could have had different standard times, therefore, confusing passengers and even railway staff. The transportation sector sought to address that with the introduction of standard time zones for their purposes, which was partially successful. However, in 1883, the United States began to use four standard time zones and in 1884 Britain sought to gain international acceptance for time zones around the world.

But what are time zones exactly?

Scientists created the time zone map by studying how the Earth moves. After realizing that it spins on an axis, it was noted that the Earth rotates about 15 degrees every 60 minutes. It makes a total rotation of 360 degrees in 24 hours. Consequently, the time zone map was created by separating the Earth into 24 sections, with each section representing a time zone. They are 15 degrees of longitude wide to account for the distance of the rotation per hour.

Because of the spherical shape of the Earth, the time zones are not the same distance apart. They are the widest near the equator and zero at the North and South poles. The imaginary beginning of the time zone map is in Greenwich, a suburb in London that sits atop longitude zero. If you’re looking at the time zone map, every 15 degree increment West of Greenwich goes back an hour, and every increment 15 degrees East of Greenwich goes forward an hour. This is why, when you’re calculating time differences around the world, anything West of Greenwich will have a negative offset and everything east of it will have a positive offset; in other words, West is yesterday and East is tomorrow.

But why is this important? Having 24 different time zones on Earth means that wherever in the world you are, noon is the middle of the day when the sun is the highest while midnight is the middle of the night. However, those times will not occur simultaneously in all parts of the world. Let’s say, for example, that you live in London. When you’re waking up to get ready for work in London, your friends in Auckland will just be finishing dinner and getting ready to call it a night. Just as the sun is setting in London, it will be rising over your friends in Auckland.

Lost in the Minutiae

Here’s a crazy fact: when it’s 4.45 PM in Madrid, it’s not 5.45 or 6.45 in Tehran – it’s actually 6.15 PM. How come? Well, Iran has an offset of not hone hour but just 30 minutes, using the GMT+4.30 time zone. It may sound unusual, but it isn’t as rare as you might think: a few countries around the world prefer to stick to details and use offsets of 30 or 45 minutes instead of a whole hour. In India, that’s colonial railroad system legacy; everywhere else, it’s a choice. While that sonds like a fun fact, it can be seriously confusing when trying to figure out time zone differences – and that’s why the time zone converter tool is so handy. Regardless of what system the country uses, all you need to do is input your time zone and that of your destination, and you’ll have the exact time in the country you’re looking into.

In addition to different time zones and different time offsets around the globe, exact time also depends on whether the particular country or region observes the daylight saving time or not. Daylight saving time is a system used to make use of the daylight hours during the summer months: in countries that observe the DST, clocks are moved forward in spring (usually by one hour) so that people can enjoy more hours of sunlight. In the fall, the clocks are moved back an hour to account for shorter days.

However, the DST is here to stay – at least for now, and when you’re calculating what time it is in another country, you need to factor in whether that country (or your own) observes daylight saving time differences. Once again, to avoid confusion, the time zone converter tool is the simplest solution: it automatically adjusts for DST differences and gives you an instant result. A mistake of just one hour if you’ve forgotten to take DST into account may seem minor – but if you’re scheduling an important conference call or a video meeting, it can be a costly mishap.

Having a Good Time

Knowing your time zones is essential if you work or communicate with people around the world – but it can also be fun. For example, you can use a time zone converter tool to find out just how many birthdays you can have: because of the time zone differences, you can celebrate your birthday with a breakfast in Paris, then fly to New York to have a birthday brunch, and then head to Hawaii for a birthday party. Because of the negative time offset heading West, you can keep celebrating your birthday over and over.

Equally, you can fly into…tomorrow. When it’s evening in Europe, it’s early morning in New Zealand the next day – it’s a fun fact, but it’s useful to know if you work with people based in Auckland!

You can use the time zone converter tool to find out what time it is where your friends and family live. It will help you make practical and necessary adjustments to certain communication actions, such as making a phone call. The time zone converter tool can also be used to help you predict how the time will change before transportation and travel: after all, suffering from jetlag is no fun, and you can prepare your travel plans better when you know exactly how much time you’ll be losing – or gaining, if you’re headed East.

The time zone converter tool is a fast, easy, and simple way to find out exactly what time it is around the world and stay on top of all your international communications, calls, and meetings as well as staying in touch with friends and family abroad.