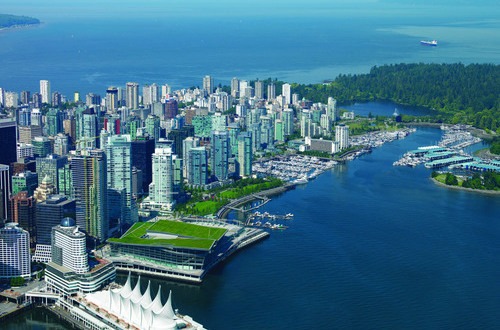 Canada, located at the northern part of North America, is the second largest country in the world. This huge country, which is bordered by the USA both to its south and to its west (Alaska) is made up for 10 provinces and 3 territories. Canada’s capital city is Ottawa, its official languages are English and French and it has a population of nearly 35.7 million people. Canada officially became a country in 1867 but didn’t get its constitution back from the United Kingdom until 1982. The country currency is the Canadian dollar (CAD). The largest cities in Canada are Toronto, Vancouver and Montreal. Very few people live in the north of the country. Canada contains some of the few remaining vast, untouched forests of the world and 60 per cent of the world’s lakes can be found in this country. 25 per cent of Canadians speak French, most of who live in the province of Quebec. Winter sports are popular in Canada such as ice hockey, snowboarding and skiing.