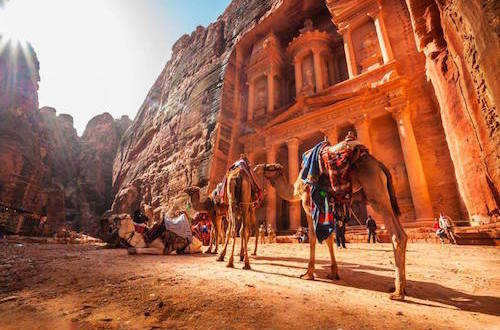 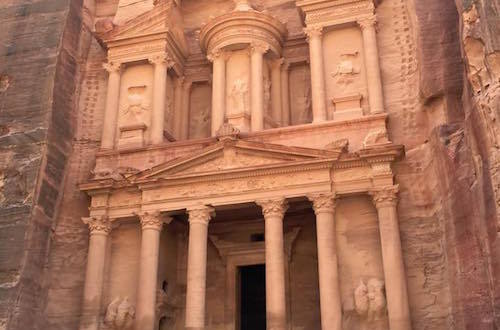 Jordan is an almost land-locked (save for a small 28km opening on the Red Sea in the Gulf of Aqaba and a window on the Dead Sea) country in West Asia. It’s bordered by Israel and the West Bank (Territory of Undetermined Permanent Status) to the west, by Syria to the north, by Iraq to the east and by Saudi Arabia to the south. Its capital is Amman. Jordan was under British rule until fairly recently. Since it gained independence from British administration in 1946, Jordan was ruled by King Hussein (1953-99). Following a series of economic reforms, Jordan joined the World Trade Organization in January 2000, signed free trade agreements with the United States in 2000 and started collaborating with the European Free Trade Association in 2001. Contrary to many other countries in the middle east, there is no hostility between Muslims and Christians in Jordan.
In fact, it is one of the most liberal nations in the region, yet at the same time offering an authentic Middle Eastern feeling to visitors.
Jordanian culture is fairly homogeneous, except from fairly visible social differences between the Bedouin areas and urban West Ammanites. The currency is the Jordanian dinar (JOD), divided into 1000 fils.