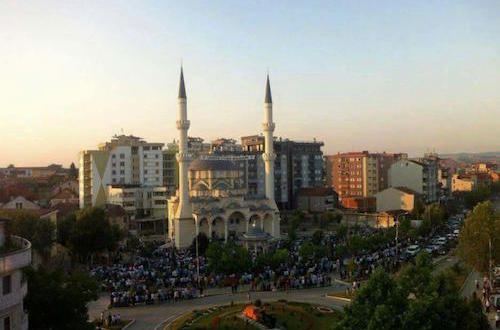 Kosovo is a disputed territory (between Serbia and Albania) and de facto independent country in South Eastern Europe, in central Balkans. After a lengthy and violent dispute with Serbia, Kosovo declared independence in February 2008. Despite the strong Serbian opposition, 110 UN states recognise this and it has become a member country of the IMF and World Bank as the Republic of Kosovo. The capital is Prishtina. Kosovo, is a secular republic, inhabited mostly by Albanian-speaking and Muslim population. However, there is also a significant numbers of minorities living within its borders, especially of Serbian descent. Kosovo’s far north border, along with two small regions elsewhere, include a Serb majority and are under local control.
Kosovo borders Albania to the west, Montenegro to the north west, Macedonia to the south, and Serbia (from its perspective) to the north east; the latter frontier is viewed by Serbia as being an internal boundary separating Kosovo (as an internal province) with Central Serbia.
Kosovo has the euro (€) as its sole currency.