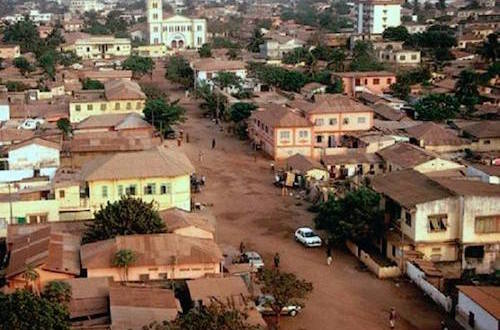 Togo with the official name Republic of Togo (République Togolaise), is a country in West Africa bordered with Ghana to the west, Benin to the east and Burkina Faso to the north. Its capital is Lomé and has total area of 56 785 square kilometers. and a population of 7.143 million residents, according to an official estimate for 2016.Togo was a German protectorate from July 1884 under the name Togoland. Since August 1914 Togo came under the Anglo-French forces until July 20, 1922 when the UK site was attributed to Ghana. On April 27, 1960 it became an independent country.
Head of State is the President, elected by the people. The legislative power is exercised by the National Assembly, whose members are also elected by the people every five years. Voting in elections are many and those who are aged 18 and over.
Life expectancy for the entire population were consistent with 2015 estimates of 64.51 years (61.91 years as the men and women 67.17)
Currency of Togo is the West African CFA franc while previously used currency was the French franc and the Togolese franc.