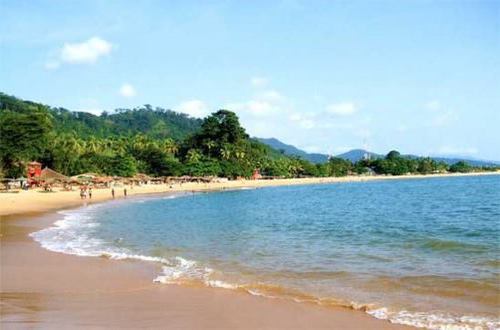 Sierra Leone is on the West Coast of Africa . The Republic of Guinea is to the north and northeast; Liberia is to the east and southeast, and the Atlantic Ocean on the west and south. The capital is Freetown. It features a very long coastline (about 402km in length), that rises up to the mainland, to a height of 2000m in some places.The country was under political turmoil and was torn apart by civil war, which ended in 2002 and is trying to stabilise itself, with the help of international aid. Like most African countries, Sierra Leone has a rich natural resources and is a place of stunning beauty. Sierra Leone had huge potential for the tourism sector, but lack of resources and the Ebola virus outbreak that plagues the country have, have brought all development plants to a halt.
The currency is the Leone.