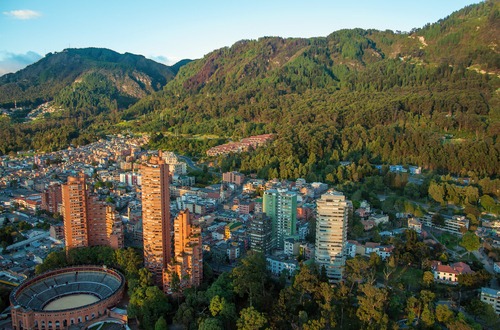 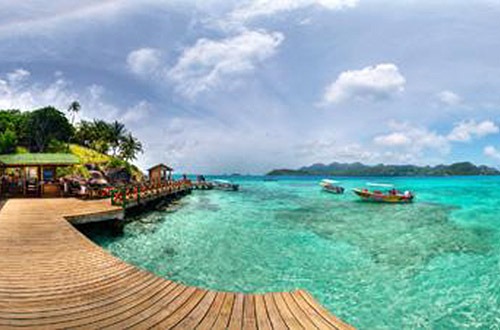 Colombia, also known as the Republic of Colombia, is located in South America. This large country in the northwest part of the continent has an area of over 1.1 million square kilometres. It is the only country in South America to have a coast both on the Pacific Ocean and the Atlantic Ocean. The capital city of Colombia is Bogotá, its official language is Spanish and it has a population of more than 48.3 million people. The currency used is the Colombian Peso (COP). This vast country is home to many different animals, fruits and vegetables. Colombia has many valleys, mountains, plains, beaches and forests, such as the Amazon Rain Forest. However, the country can be very dangerous with many guerrilla groups operating in Colombia who are responsible for drug-dealing, kidnapping, attacks and murder and thus there is a lot of violence in cities. Colombia is also known for its coffee, coal and emeralds.