South Africa, is the southernmost sovereign state in Africa. It is encircled on the south by almost 2,800 kilometres of coastline, stretching along the South Atlantic and Indian Oceans. On the north it shares borders with the neighbouring countries of Namibia, Botswana and Zimbabwe, and on the east by Mozambique and Swaziland. The kingdom of Lesotho is surrounded by South Africa. South Africa has three capitals: Pretoria (executive capital), Bloemfontein (judicial capital) and Cape Town (legislative capital). Its largest city is Johannesburg. South Africa is the 25th largest country in the world and encompasses a wealth of cultures, societies, languages and religions. As is the case with its capital cities, its pluralistic approach is made very apparent by its constitutional acknowledgment of 11 official languages. Mostly ruled by colonial powers, South Africa is one of the very few countries in the continent in which a coup d’état was never attempted. However, the apartheid regime, which was imposed by the white minority and excluded the black majority from the social life was perhaps the one of the most outrageous expression of colonial power. South Africa is perhaps the most exciting destination for people interested in natural history. It is the home of some of the rarest —and potentially dangerous— animal species, which are mostly encountered in national parks, reserves or even in the wild. South Africa uses the Rand as currency. 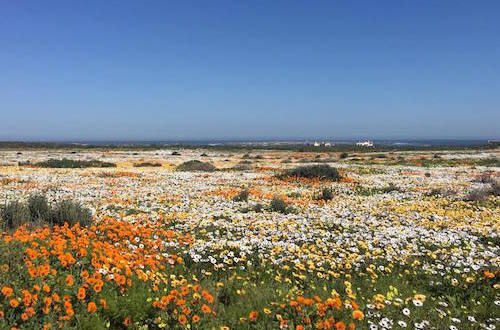