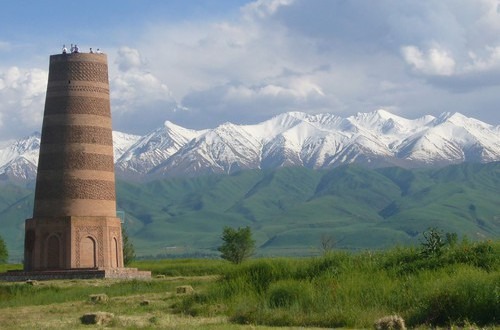 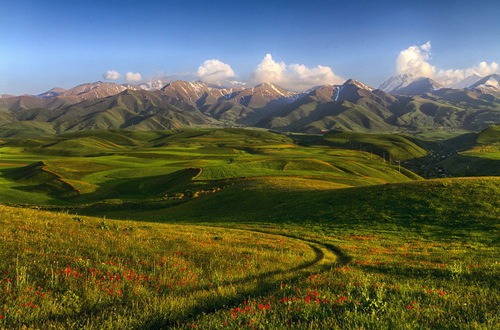 Kyrgyzstan is a landlocked Central Asian country that features unique mountainous landscapes and a very long nomadic heritage. It borders Kazakhstan to the north, Uzbekistan to the west, Tajikistan to the southwest and China to the southeast. Its capital city is Bishkek. It was annexed by Russia in 1876, then it became part of the Soviet Union, from which it finally achieved independence in 1991.
Kyrgyzstan has a rich history, which spans over 2,000 years, having been the home for many cultures and empires. Although its rough terrain renders gives it a sense of isolation from the rest of the world, Kyrgyzstan has historically been a crossroads of great civilizations that as part of the fabled Silk Road.
Kyrgyzstan is not a paradigm of government stability. Political strife and turmoil is common in the area and usually governments of western countries issue warnings for travellers.
Kyrgyzstan is a prominent destination for hitchhikers and outdoor sports lovers, due to its immaculate and largely unexplored nature.
The official currency in Kyrgyzstan is the som.