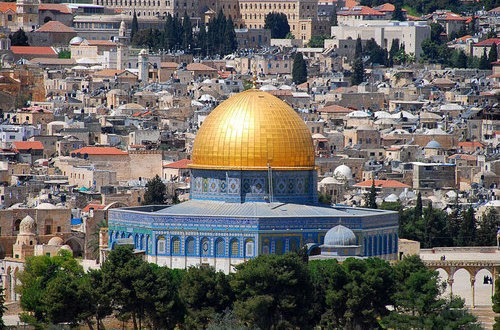 While not officially recognised as an independent country because of the sensitive political situation, Palestinian territories consist of three physically separate entities, the West Bank, East Jerusalem, and the Gaza Strip. All are currently universally considered parts of Palestine although recognition as a sovereign nation varies by country. The West Bank, East Jerusalem, and the Gaza Strip have been under Israeli control since 1967. The claimed capital of Palestine is East Jerusalem. The Palestinian National Authority (PNA or PA) is a semi-autonomous state institution (created in agreement with Israel and the United Nations) that officially is in charge of much of the Palestinian Territories not still under direct Israeli control. As of 2013, this autonomous government body officially refers to itself as the State of Palestine. The PNA, is dominated by the political faction Fatah, and de facto only has control of certain areas of the West Bank depending upon the region; other areas are under Israeli control. Hamas, a rival group of Fatah, is de facto in control of the Gaza Strip. Hamas claims to be the only sole legitimate Palestinian government, but it is not internationally recognised.
The final status of these territories has been an ongoing diplomatic problem for years and still remains to be decided. Whether or not the creation of a new, sovereign Palestinian state is viable, remains to be seen. In any case, the areas of West Bank, East Jerusalem, and the Gaza Strip, are collectively referred to as Palestine although the accepted terminology used by the United Nations remains the “occupied Palestinian territories”.
There is also not a fixed currency, with the Israeli Shekel and the Jordanian Dinars acting as a quasi-official currency throughout the West Bank.