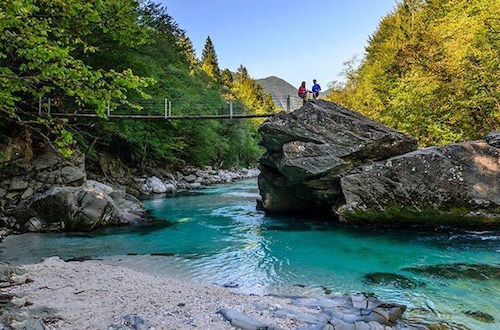 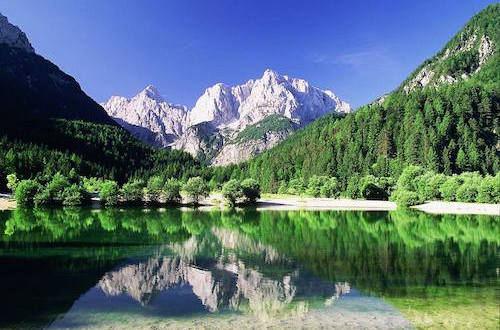 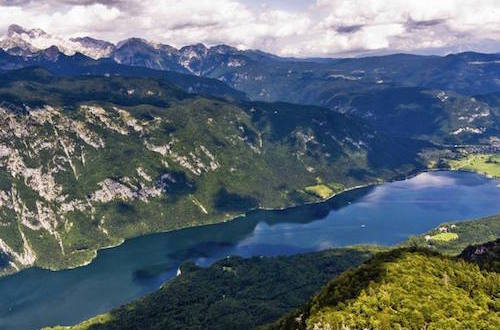 Slovenia is a independent nation in southern Central Europe. It is located at the crossroads of main European cultural and trade routes and has traditionally been a meeting point between the Balkans and the rest of Europe. It is bordered by Italy to the west, Austria to the north, Hungary to the northeast, Croatia to the south and southeast, and the Adriatic Sea to the southwest. The capital and largest city is Ljubljana. Slovenia used to be a part of the Yugoslavian federation, although its strong ties and geographical proximity with Central Europe meant that it was always somewhat more distanced than the rest of the populations that consisted Yugoslavia. It was traditionally the most technologically advanced region and had perhaps the smoothest transition into a modern economy after its independence in 1991.
Although the population is not homogeneous, the majority of it is Slovene. Slovene is also the official language throughout the country. Although it is a secularised country, it has been influenced by Catholicism as well as Lutheranism. The economy of Slovenia is small, open, and largely dependent by its stronger neighbours. It has been therefore, severely hurt by the Eurozone crisis which started in the late 2000s. The main economic field is services, followed by industry and construction
Slovenia’s main industries include car parts, chemicals, electronics, electrical appliances, metal goods, textiles and furniture. It has a Mediterranean climate on the coast, continental climate with mild to hot summers, and cold winters in the plateaus and valleys to the east. There is also a small opening to the Adriatic Sea in the West.
Since 2007, Slovenia uses the Euro as currency.