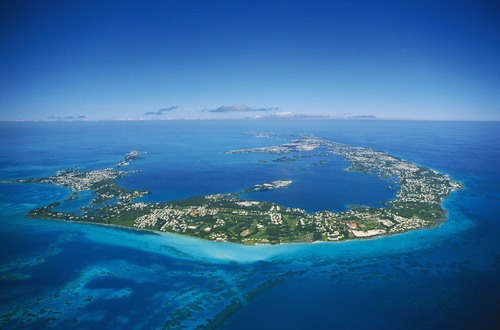 Bermuda, also known as the Bermudas or Somers Islands, is located in the North Atlantic Ocean and is a part of British Overseas Territory. The country, which is a highly popular tourist destination, consists on one main island and 180 smaller islands. Bermuda is located about 1,000 kilometres from the east coast of the United States. The country’s capital city is Hamilton, its official language is English and it has a population of little more than 64,000. The currency used in this country is the Bermudian dollar (BMD). This beautiful country, which is home to eye-catching pink beaches and clear blue sea is a perfect location for snorkelling, diving, sailing and fishing. Many celebrities have chosen to live in Bermuda, including Michael Douglas and Catherine Zeta-Jones. Bermuda is the easternmost point of the “Bermuda Triangle”, an ocean location in which numerous ships and aircraft have gone missing. While some people believe this is just coincidence, others believe that there is a pattern in the disappearances.