Peru is a country in South America, situated on the western side of that continent, facing the South Pacific Ocean and covering the part of the Andes that strides at the length of South America. Peru is bordered by Ecuador and Colombia to the north, Brazil and Bolivia to the east, and Chile to the south. Its capital is Lima. Peru is a very special and diverse country that features many one of a kind geographical characteristics —such as the fact that the capital is built in an incredibly high altitude— but also very important cultural aspects. The main attractions are the archaeological patrimony of pre-Columbian cultures and the hub of the Inca's empire, the exquisite gastronomy, they colonial architecture (it has imposing colonial constructions) and their natural resources (Peru is a very prominent spot for eco-tourism). The Andes mountains run parallel to the Pacific Ocean; they define the three regions traditionally used to describe the country geographically. The costa (coast), to the west, is a narrow plain, largely arid except for valleys created by seasonal rivers. The sierra (highlands) is the region of the Andes; it includes the Altiplano plateau as well as the highest peak of the country, the 6,768 m (22,205 ft) Huascarán Although Peru has rich natural resources and many great places to visit, it is sadly a very poor country, with the poverty level reaching 25.8% of the population. The rich, consisting mostly of a Hispanic (or "Criollo") elite, live in the cities. The official currency is the Nuevo Sol. 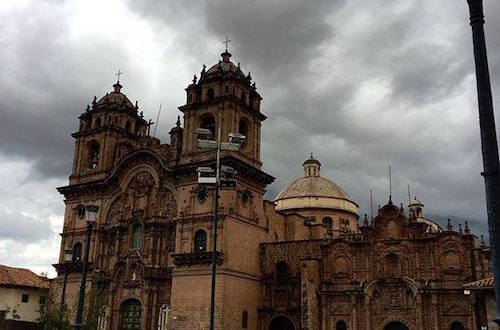 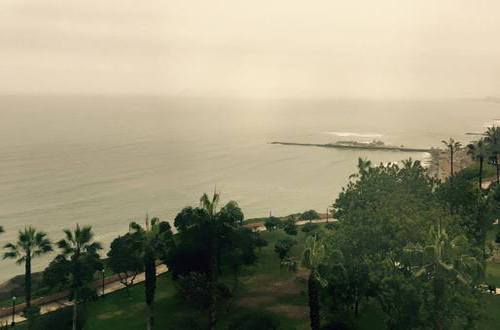 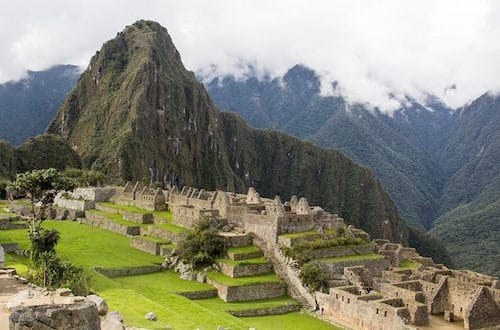