Norway is the westernmost, northernmost—and in fact the easternmost—of the three Scandinavian countries. It is perhaps best known for its intricate fjords along its west coast which stretches from the North Sea near Denmark and Scotland into the Arctic Ocean and has borders with Finland, Sweden and the northwestern tip of Russia. Its capital is Oslo. Norway is one of Europe's most sparsely populated countries. The density of its population is only 16 inhabitants per km2. The ethnicity of the population is fairly homogenous, with the majority of the inhabitants being Norwegians. In recent years however, immigration, in particular from the European Union, has somewhat changed the demographic face of Norway. The indigenous Sami people traditionally inhabit the northern part of Norway, that along with parts of Sweden, Finland and Russia outlines an area known as Sapmi (or Sameland). At 385,252 square kilometres, the better part of the country is rough and mountainous or high terrain, with a breathtaking amount of natural features, caused by prehistoric glaciers and varied topography. The most noticeable of these are the arguably, the fjords. Sognefjorden is the world's second deepest fjord, and the world's longest at 204 kilometres (127 mi). Norway is also home to Hornindalsvatnet, the deepest lake in all Europe. The national currency is the Norwegian Kronor. 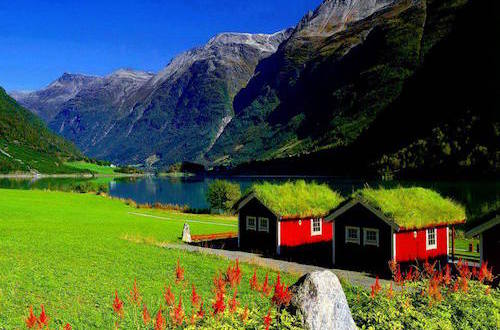 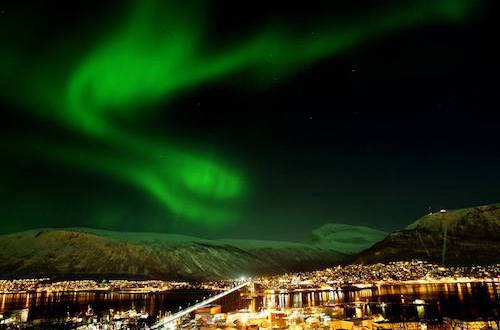 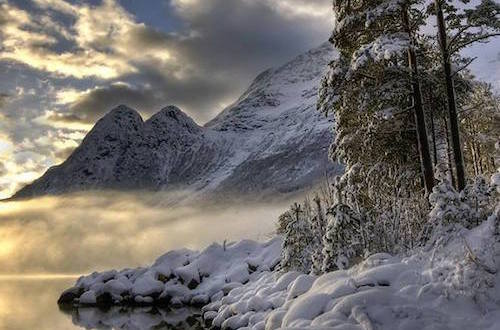